Fellow Councillors, members of the public and even some surprised Allotment Holders in paying their invoices got stuck into the delicious cakes and treats - thankfully when served at a charity fund raising event, all cakes are of course calorie free!!!!

As with every good fundraising event, not only was there plenty of cakes to suit everyone’s taste buds, the guests all got to try their luck at winning ‘stick the cherry on the cake’ and ‘weigh the cake’.  On this occasion, there was an element of trust to be had, as no one wanted to be blindfolded or spun around for the ‘stick the cherry on the cake’.  Watching grown-ups trying to work out where the top of the cake was did cause quite a giggle!  However, there can only be one winner and on this occasion, it was Cllr Lynn Bird.

Cllr Bird was presented with a beautiful bouquet of Dahlias as her prize.  However, these were not just any old Dahlias, these were grown by the award-winning grower, Mr Nigel Long and picked fresh from his garden that morning.

Well done, Cllr Bird and thank you Mr Long for providing such a beautiful prize.

The next winner of the morning was Mrs Shepherd for her ability to guess the ‘weight of the cake’.  Mrs Shepherd was congratulated by her fellow guests and presented with the cake as her prize.  The cake was made by and donated to this amazing cause by Cllr Long.

An impressive £123.60 was raised on the day with offers of future donations to be sent in and it was agreed by all, the event was a huge success and future similar events could be held to support other worthwhile causes.

On behalf of Andover Town Mayor, Councillors, staff and supporters of MacMillan Cancer, thank you all for giving up your time, baking cakes and supporting a charity that is close to many people’s hearts. 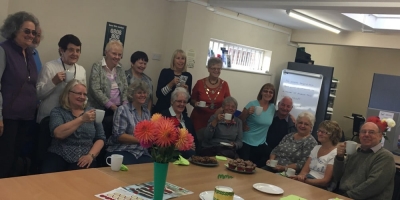 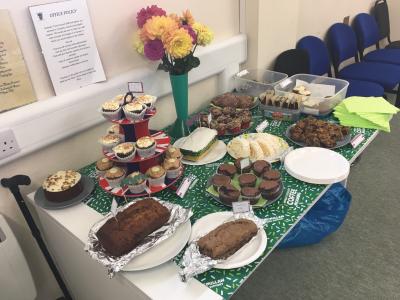 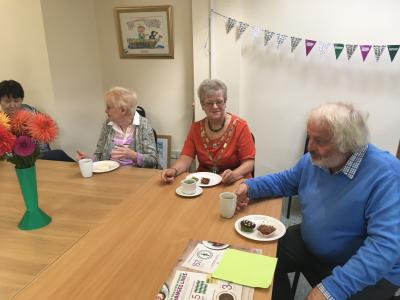 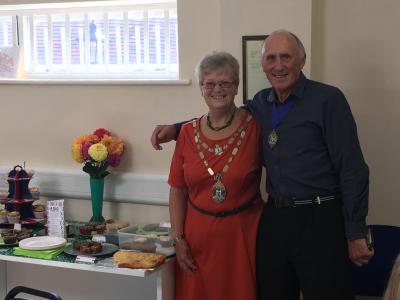