For one week only..... Legally Blonde, the Musical comes to Andover!!!

Andover Town Mayor, Cllr Barbara Long was very honoured to be at the opening night of Legally Blonde the musical on the 7th November 2018.

As Cllr Long took her ‘front row seat’, Andover Musical Theatre Company’s President Sue Parker announced to the crowd they had been joined on the opening night by Andover’s Town Mayor and the crowd kindly welcomed her with an applause worthy of being on the stage herself!

It has to be said that from the moment the curtains went up to the moment they came down at the end of the show the crowd loved it.

The cast were outstanding and each member brought their own special something to the show and therefore it is impossible to pick favourite moment or characters!  However, the costumes were brilliant, the props were fabulous darling and the whole show just came together and it was magically to be part of.

Behind every success for cast/production there needs to be an amazing Director.  On this occasion the brains behind this production was AMTC very own Becky Rungen.  Becky has been with AMTC for 6 years and has herself performed in various shows with them.  However, the time was right for Becky to try her hand at both directing and choreographing and the end result of her hard work was well worth the sleepless nights!

To enable a musical to become a reality, you need a Music Director and again AMTC pulled out the big guns in the form of Adam Blosse.  Adam has under his belt over 75 shows and all of them well known classics.

It therefore comes as no shock that Legally Blonde was going to be a success from the moment the curtains went up!!

After the most amazing show, Cllr Long was invited to meet the extremely talented cast including Bruiser aka Chiquita the 7 years old chihuahua!

Cllr Long thanked the Cast for their professionalism and wished them luck with the remaining nights of the show but everyone agree the Opening Night had gone above and beyond everyone’s expectation of how successful it was going to be.

Well done to everyone involved. 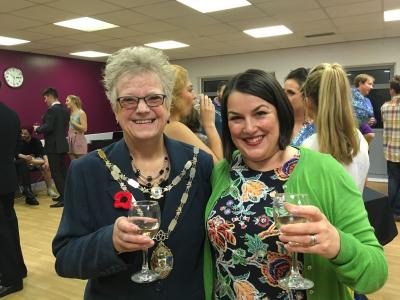 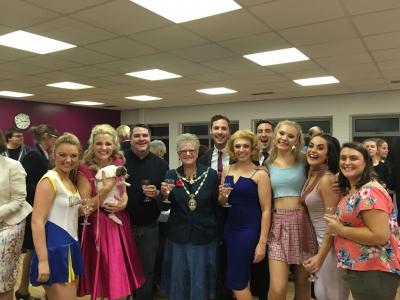 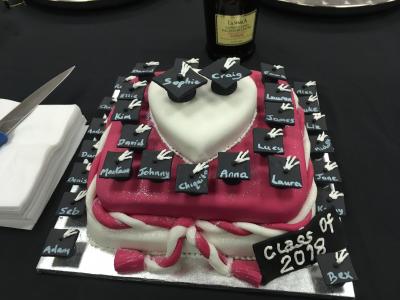