The 'star studded' event, Pride of Andover celebrated it's 12th year of recognising the local heroes of Andover at The Lights on 24th October 2018.

‘The Pride of Andover Awards’ are themselves celebrating 12 years and in these 12 years this prestigious event has been taking place many of Andover’s unsung heroes have had they hard work and efforts recognised and have gone on to inspire others to also do something amazing.

Every town has the right to be proud of its people, however having been honoured to listen to the stories and meet the people behind those stories, Andover has every right to feel extremely proud of our heroes!!

Those who accepted their awards all described themselves as just someone wanting to help or to make a difference to someone else’s life. They genuinely all felt they were just doing what everyone should do and were grateful that they had been able to make a difference – words of true heroes!

Both Cllr Long and Cllr Mumford admitted their ‘eyes were made to leak’ on several occasions as they listened to the stories of what this year’s winners had achieved for their charities, communities or individuals of this town.

As with any event, the organising and time dedicated by its committee to be able to hold such event is in a league of its own. However, the following unsung heroes, Karen Hamilton, Iris Anderson, Barbara Long, Rebecca Jeremy, Sophie Porter, Christine Mellor along with all the generous local business who sponsor it, the companies who provide the food, the staff etc happily and selflessly give up their time to make sure the event runs smoothly. Again, another act of more unsung heroes ‘just doing their bit’ for the good of Andover and its people.

For those wanting to know more about the winners and their amazing stories details can be found on The Breeze’s webpage https://www.thebreeze.com/andover/news/local-news/andovers-unsung-heroes-recognised/ so please do go and read about just a few of the people that make Andover the awesome place it is.

Here’s to next year and even more unsung heroes being nominated and recognised for their outstanding contributions to both Town and people of Andover. 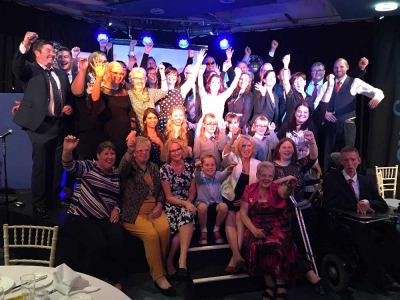